Solar panel technology has come a long way since the French physicist Edmond Becquerel discovered the photovoltaic effect in 1839. The next breakthrough was in 1873 when Willoughby Smith found that selenium could function as a photoconductor. A short three years later, in 1876, William Grylls Adams and Richard Evans Day applied the photovoltaic principle to selenium, discovering it could generate electricity when exposed to light.

In 1883, the American inventor Charles Fritz created the first working selenium solar cell. Although we use silicon in our modern PV solar panels, Fritz’s creation was a major precursor to the technology used today.

This article will follow the various iterations of solar panel technology from first-generation mono and polycrystalline through the thin-film generation, PERC, and into the newest technology hetero-junction solar panels. Along the way, we will point out the advantages and disadvantages of the different panel types, focusing on efficiency, cost, life spans and warranties. In layman’s terms, we will contrast manufacturing processes so that you might better understand the differences in how efficiencies are created. Finally, we will provide our pick for the best solar panel on the market today. A lot of open space not silicon and 2 conductor circular.

All solar panels are designed and manufactured for the same purpose, to capture energy from the sun and turn it into electricity. In the beginning, there were mono and polycrystalline cells, the more traditional and still the most used types of panels. Both varieties produce energy, but there are distinct differences.

This silicon’s purity gives it one of the highest efficiency ratings, with the newest iterations reaching above 20%. They have a higher power output, occupy less space, and last the longest.

Manufacturers melt raw silicon in polycrystalline cells, a faster and cheaper manufacturing process than that used for monocrystalline panels. Polycrystalline arrays are easy to identify due to their blue, speckled look. Although poly panels are more affordable, they are less efficient at 15%, they are sensitive to extreme temperatures, and have a slightly shorter life span than mono panels.

Many of today’s solar companies continue to use mono or polycrystalline panels, with several making both options available, such as Hyundai and Solar World.

With the second generation panels, we see the introduction of TFSC (Thin-Film Solar Cells). TFSC is a less expensive option. Thin-film panels are manufactured by placing one or more films of photovoltaic material (such as silicon, cadmium, or copper) onto a substrate such as glass, plastic, or metal. Thin-Film cells tend to be used in commercial applications as they take up significantly more space making them less desirable for residential use.

TFSC panels are the easiest solar panels to produce. Since less material is required for their production, economies of scale make them cheaper than the alternatives. Although more economical, the TFSC panels have a lower efficiency rating and shorter life spans and warranties.

This technology has significantly improved over the years, and lab tests today show increased efficiencies, closing the polycrystalline gap. Regardless, TFSC’s market share, never more than 20%, has been in steady decline.

Other thin-film technologies are still in the early stage of development with limited commercial availability. These include organic, quantum-dot, copper zinc tin sulfides, dye-sensitized,  and nanocrystal cells. Both technologies use silicon wafers; however, the PERC cells include the integration of a back-surface passivation layer, a layer of material on the back of the cells. A solar cell captures some portion of the sunlight that hits it; however, some sunlight will pass right through the cell, and some will bounce off the surface. The PERC process delivers three substantial benefits that boost cell efficiency:

PERC’s Benefits for the Solar Consumer

Using PERC technology, you generate the same amount of energy using fewer solar panels than with previous generations. Fewer panels reduce your installation cost and provide more flexibility in positioning your panels – an important feature on some rooftop installations.

Panasonic, a pioneer in solar, has been researching and developing photovoltaic cells since 1975. In 1997, they introduced their highest energy converting HIT® solar panels. The HIT panels feature a hetero-junction cell structure.

By definition, a hetero-junction solar cell combines two different technologies into one cell: a crystalline silicon cell sandwiched between two layers of amorphous thin-film silicon. The concept is that these combined technologies generate more energy than using either technique alone.

By itself, amorphous silicon is less efficient at converting sunlight into electricity; however, it is less costly to manufacture. This lower cost, and flexibility in the type of materials that amorphous silicon can be deposited on, are a couple of significant advantages. The amorphous silicon layers prevent electron recombination, reduce carrier loss, and give HIT® higher conversion efficiency ratings.

HIT solar panels are also engineered to perform at high temperatures without reducing quality or efficiency. Since HIT panels produce more power output than conventional crystalline panels, you use fewer panels or achieve more capacity with an equal number of panels. Additional features of HIT panels:

Does Tesla Manufacture its Solar Panels

No, they do not. In fact, until recently, Tesla’s Solar City contracted with Panasonic to produce Tesla solar panels, based on the Panasonic HIT cells. With the dissolution of that arrangement, we’re unsure of Musk’s long-term plans going forward. In the interim, Tesla is contracting with Hanwa for their solar panels.

Does SunPower Manufacture its Solar Panels

No, they do not. In fact, they recently shut down all their manufacturing facilities and they are purchasing third-party solar panels from a Chinese company called Maxeon (making old technology HIT panels).

One of the latest technologies finding its way into the consumer solar panel market is hetero-junction solar cells. Yes, Panasonic’s HIT panels are hetero-junction cells. After having a corner on the market for years, their patents on the technology expired, and more manufacturers are deploying HJT in their products. Due to HJT’s simplified manufacturing processes and lower cell processing temperatures, this architecture has the potential to alter current solar cell manufacturing lines, delivering a more cost-effective product.

As with HIT, the HJT solar cells have a conventional crystalline silicon wafer with amorphous silicon deposited on its front and back surfaces. This combination of three different thin-film solar layers absorbs extra photons that would not be captured by the middle crystalline silicon wafer. This added absorption generates sufficient electricity to make the added cost worthwhile.

A hetero-junction panel can reach efficiencies of 21% or higher by building a panel with three photovoltaic layers. The newest HJT panels from REC Solar, the Alpha, can achieve 21.7%. Some solar companies using HJT include the Panasonic HIT panels, SolarTech Universal, and REC Alpha panels.

REC Solar, founded in Norway in 1996, has become an international, solar energy pioneer with Scandinavian heritage. Known for its leading standards of design and manufacturing, REC produces long-lasting and high-performance solar panels with reliable power output. To date, they have produced more than 38 million panels, including our pick for the best HJT technology, the Alpha series.

The REC Alpha Series is designed with 120 half-cut hetero-junction cells (HJT) and advanced connection technology, developed by engineering experts from Germany and Singapore. REC combines the benefits of monocrystalline silicon solar cells with those of thin-film technologies for much higher efficiency and energy yield, even at higher temperatures. When considering a solar installation, your criteria for solar panels should include efficiency, cost, life span, warranty, and if you live in an area with extreme temperatures, high-temperature performance.

As this article relates, efficiency has been steadily climbing, even as costs are declining. Manufacturers keep finding ways to squeeze more electricity out of the same amount of sunlight over the years. We think at this stage; the REC Alpha series does it exceedingly well.

We hope you have found this review brought to you by PEP Solar, helpful and informative. We are a full-service solar company and have been installing, servicing, inspecting, and repairing solar for homeowners and businesses in Arizona since 1981. Our mission is to provide complete solar power solutions that perform beyond your expectations for the life of your system.

At PEP Solar, we partner only with the best in class solar panel providers to deliver your best solar solution. We are a certified installer for the REC Alpha series panels. Let us design and supply your system using the best products in the solar energy market.

We can help you become a “prosumer,” a homeowner that both produces and consumes solar energy. 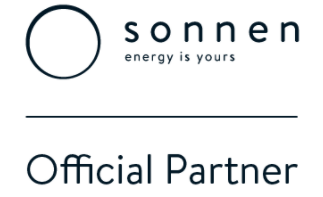